BTS with The Disco Biscuits

NOCOAST has been working with The Disco Biscuits for many years now.

Back in 2009, I was invited into their Philadelphia studio as they crafted the album Otherwise Law Abiding Citizens. It was my first experience being embedded within the process one of mu favorite bands. I eventually flew back to Colorado with over 2 weeks worth of footage, and the resulting content launched the beginning of NOCOAST. Although there were many amazing moments caught on video, guitarist Jon Gutwillig’s attempt at an overdub took things to the next level:

Flash forward 6 years and many shows later, I linked up with TDB for a different sort of project this time. The boys were about to play a 4-night run in Colorado: 3 nights at Denver’s Ogden Theater, and an evening at Red Rocks Amphitheater performing with Billy Kreutzmann and Mickey Hart from The Grateful Dead. On top of the usual backstage documentation, I had pitched to shoot an experimental portrait of the band. After soundcheck the crew walked out the back door of The Ogden towards an empty parking lot, and I took a series of still frames with the intention of creating a photo mosaic in the end.

Ultimately it took 4 different attempts in Photoshop to get the layering right, and various parts from over 40 photographs were used to create the band’s current press photo. After cloning out some unsightly oil stains on the asphalt, a subtle textural overlay was added to bring the whole piece together in a subtle way. Check out a behind-these-scenes video showing both the shoot itself, and the hours long post-process using Adobe’s Creative Suite. Big thanks to our friend Mike Lehman for helping film this video: 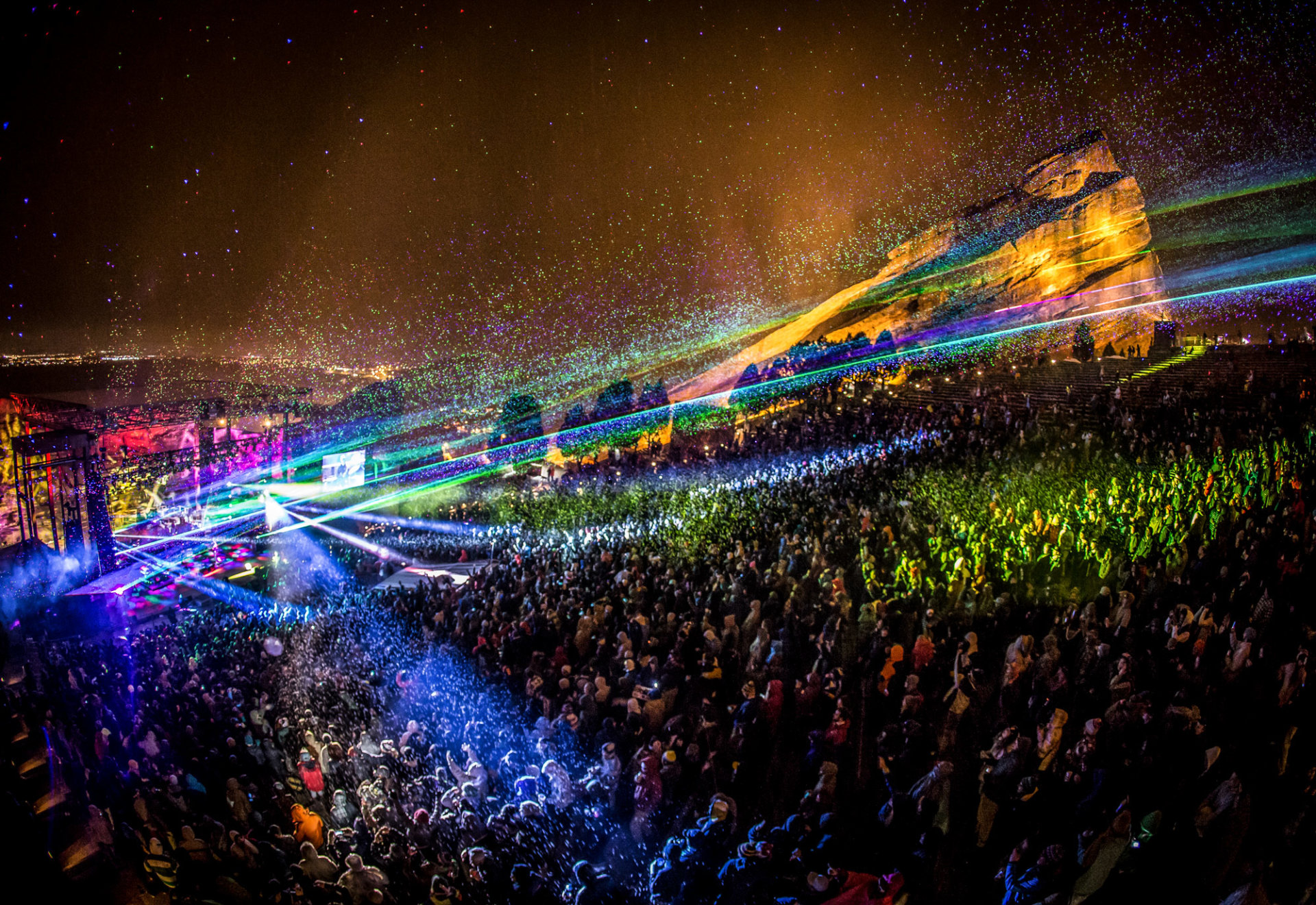