My first foray into the music industry was built upon a simple trade: I could get free tickets to a concert if I took pictures. I’d hustle through a long day working construction, take a shower, catch a 60 minute train ride down to Grand Central, hop onto a subway, and rush to the box office to grab my credentials. I was in heaven…

I graduated from Ithaca College in 2007 with a degree in Television and Radio Production. After school ended, I moved back home and worked for my father’s design/build company as a project manager. Those years living at home were great: I always had a great relationship with my parents, work was physical but rewarding, rent was free, and all my hard earned cash could be spent as I desired. Most weekends I would take the train down to New York City to hang out with friends and go to concerts. I saved up, bought my first DSLR, and eventually combined a two of my favorite past times into one: taking pictures and attending concerts. These were the humble beginnings of career as a rock-and-roll photographer.

One summery day I headed over to my buddy Mike’s house to hang, and he tells me “You have to hear this new album from an artist in Colorado. I downloaded it for free off his website.” This was my first introduction to the music of Derek Vincent Smith, AKA Pretty Lights. At the time I was both writing for JamBase and an intern at Relix Magazine. In 2009 PL was performing as a duo with Corey Eberhard on drums, and through Relix I got the opportunity to shoot stills and write a show review for their show at Irving Plaza. I was impressed by the spectacle of it all, but ultimately felt there was something missing. The first draft of my review ended with some editorial commentary – which was ultimately cut from my review by the editor – but the words foreshadowed what was to come for Derek’s career:

“On PL’s laid-back 2006 debut, Taking Up Your Precious Time, subtle use of vintage samples created a sophisticated feel to Smith’s work; a study of breadth and space. The newer material, although creative, seems aimed more at instant gratification; synthetic fuel for the club banging masses. Perhaps the future of Smith’s songs lay better suited in a “Pretty Lights Live Band” setting (a la Simon Posford’s Younger Brother), where the individual layers could be seen and believed without visual distraction.” Jesse R. Borrell, 11.19.2009

Flash forward to 2016, and I was hired to photograph two nights of Pretty Lights Live Band at Red Rocks. I have wanted to shoot PL again for many years, and it was exciting to finally be in their inner circle. Derek’s live band was made up of Borahm Lee (of Break Science) on keys, Brian Coogan on keys, 2011 DMC World Champion DJ Chris Karns, and Alvin Ford Jr. on drums.

“We ended up devising something we call ‘flips’,” explains Smith in a recent interview. “We’ll start with a produced song, and everyone has a philosophy for playing on top of the produced songs. When I call a ‘flip’ everyone knows that I’m about to filter out the produced track. When the produced music disappears, the live musicians completely switch their sound to something that’s more electronic. It’s like a quick crossfade. It allows us to go from the produced track, with the band accentuating it, to a fully live band without losing something. It’s completely improvised but we’ve put a lot of time into making sure they know, stylistically, where the bounds are.”

The whole PL Crew fostered a unique creative spirit, and I have never felt so cared for as both a professional and an artist. I was granted all access, and even sat down to review pictures with Derek himself. I left the two night run riding high off pure artistic collaboration and freedom. Over the course of two concerts at Red Rocks I experimented with a couple new photo techniques in my repertoire: light refraction/slow shutter experimentation, multiple exposures shot in-camera, and wide angle panorama shooting/stitching.

Check out a couple of my favorite stills below, and the “Prelude” video created by the video team to accompany the shows. Stay tuned for a part 2 of this blog, where I describe road tripping down to Telluride to work with this team just a month later. The summer of 2016 was shaping up to be an incredible adventure. 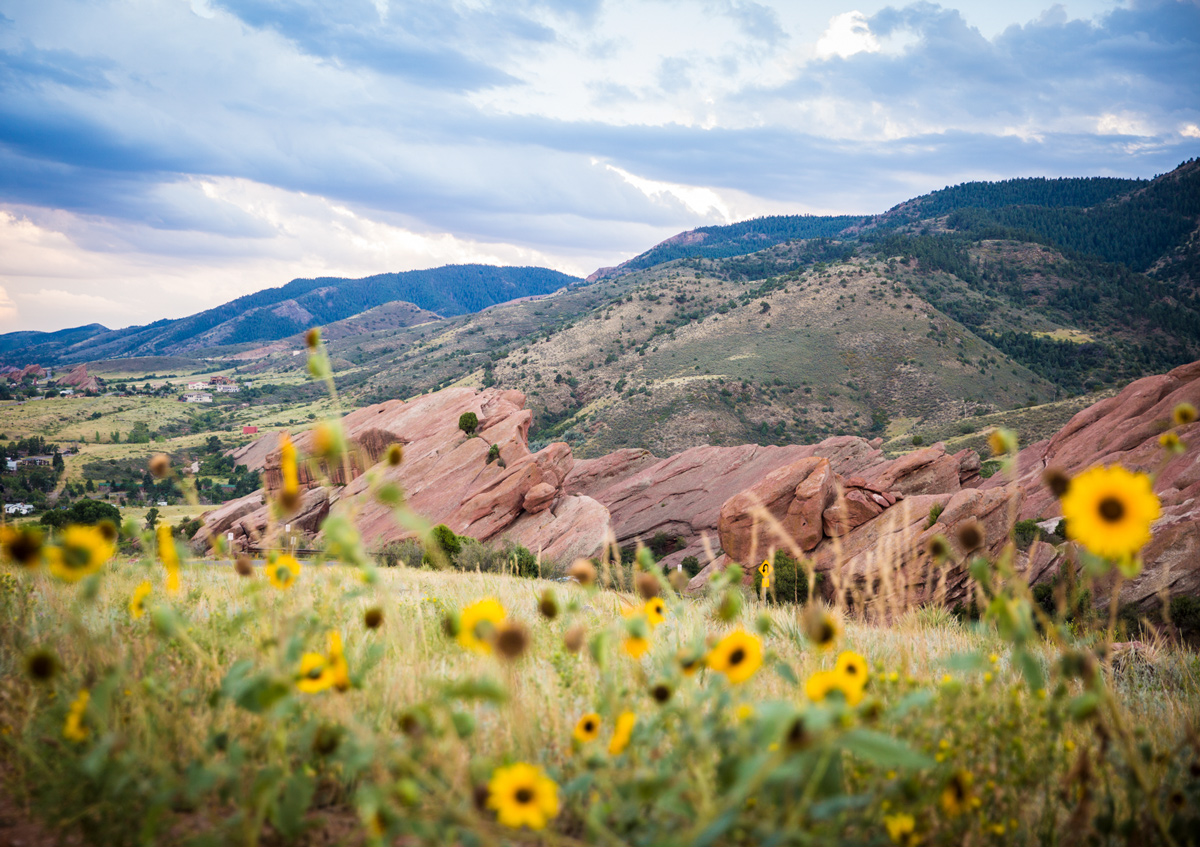