I was recently hired by Ramble West to document the 2017 French Presidential Elections, contributing both to an upcoming documentary directed by Justin Benoliel and a new music video for Railroad Earth.

I landed in Paris, and the next day began directing a series of interviews at our first polling station. We were trying to tell a balanced story that featured supporters on both sides, but it became immediately clear that Paris was very much one sided. Like the USA, the densely populated cities of France leaned more liberal, whereas those living in less populated areas aligned with conservative values. Finding that conservative voice would ultimately prove very difficult.

The early morning rains eventually subsided, and we moved to our second location: the Saint-Denis neighborhood popular with the Muslim community, 30-minutes outside the city center. The people here were incredibly friendly, and curious to why we had our cameras out. Many of them did not wish to be on-camera because some were in the country illegally, and did not wish to express their opinions publicly at the risk of deportation. Those that we did interview tended to be younger, but all were Pro-Macron. In between video shoots, I set up my 2-Axis Syrp Genie Mini motion time-lapse controller and captured the busy market in motion. I chose to capture the action with a slow shutter speed not only for a cool effect, but also to keep the identities of those in the frame anonymous.

Next we made our way to Marine LePen’s political headquarters in hopes of interviewing some of her supporters, but none could be found. The scene was a bit chaotic: heavily armed security lined the streets and directed traffic, while a dozen journalists were in place hoping to catch a story. At first I felt out of place amongst the seasoned professionals from CNN and the BBC. That feeling went away after a few moments and we conducted an interview directly in front of bullet holes splayed across the front door. This last image will forever be in my mind, and to me it represents the desperation one must feel when there is no hope left. There are so many in the world who feel that the only way to challenge violent rhetoric is with more violence. Although I don’t agree with this personally, I was beginning to empathize with both sides.

My mind flashed back to my home. Both the USA and France are currently in a similar political situation, and opinions are highly divided on how to remedy pressing issues of terrorism, immigration, and the economy. I did some quick research and learned that while the USA is roughly 2 1/2 times the size of Europe, the population of the USA is 2/3’s that of Europe. The European Union’s open border policy, proximity to Africa/Middle East’s refugee crisis, and recent terrorist attacks only adds to the pressure.

The recent election of Trump over Clinton was shocking, and the whole world was wondering if Marine LePen’s far right National Front could pull off a similar upset over Emmanuel Macron’s centrist La Republique En Marche. Next we headed to La Louvre, where just hours earlier a bomb threat caused a mandatory evacuation of the world famous museum. If Macron did end up winning (as was projected) this is where the victory speech was going to be held and we needed to be there.

Getting into Le Louvre was a little wild. All but one of the entrances to park were blocked off for security reasons, so there was a massive crowd already waiting to get in once we arrived. The mood was lively, and everybody was enthusiastically singing French anthems in unison. After what felt like 15 different police checkpoints, we were in and had to be quick on our feet to find suitable locations to film. Luckily I found some space on the top of a marble cube – raised 3 feet off above the standing crowd – occupied by a female journalist with a tripod and one other very short Frenchman.

Many hours later we all witnessed Macron’s victory, watched on the big screens as he drove towards us in real time, and as he took the stage in front of the world to see. Aside from one edgy moment during Macron’s speech – where a protester ignited a smoke grenade very close to us, sending the crowd in a panic almost knocking us off our cube – this film shoot was a relatively peaceful experience. I had not been to Paris in over 10 years, so it was great to revisit old memories with a new worldview.

Although Justin’s documentary is still in the editing stage, a number of my shots from Paris were included in a recent music video for Railroad Earth’s new song “Adding My Voice.” Railroad Earth is one of my all time favorite bands (also a client for a long time) and really love singer Todd Schaefer’s political perspective in this song. Watch the video below, and you can see my work starting at around 3:02 in the piece. One of my favorite shots is of the little girl on her father’s shoulders waving a French flag outside Le Louvre. I was filming with my Canon 6D on a Manfrotto fluid video monopod and she was shy at first, but after smiling at her she smiled back and I was caught this short moment in time. 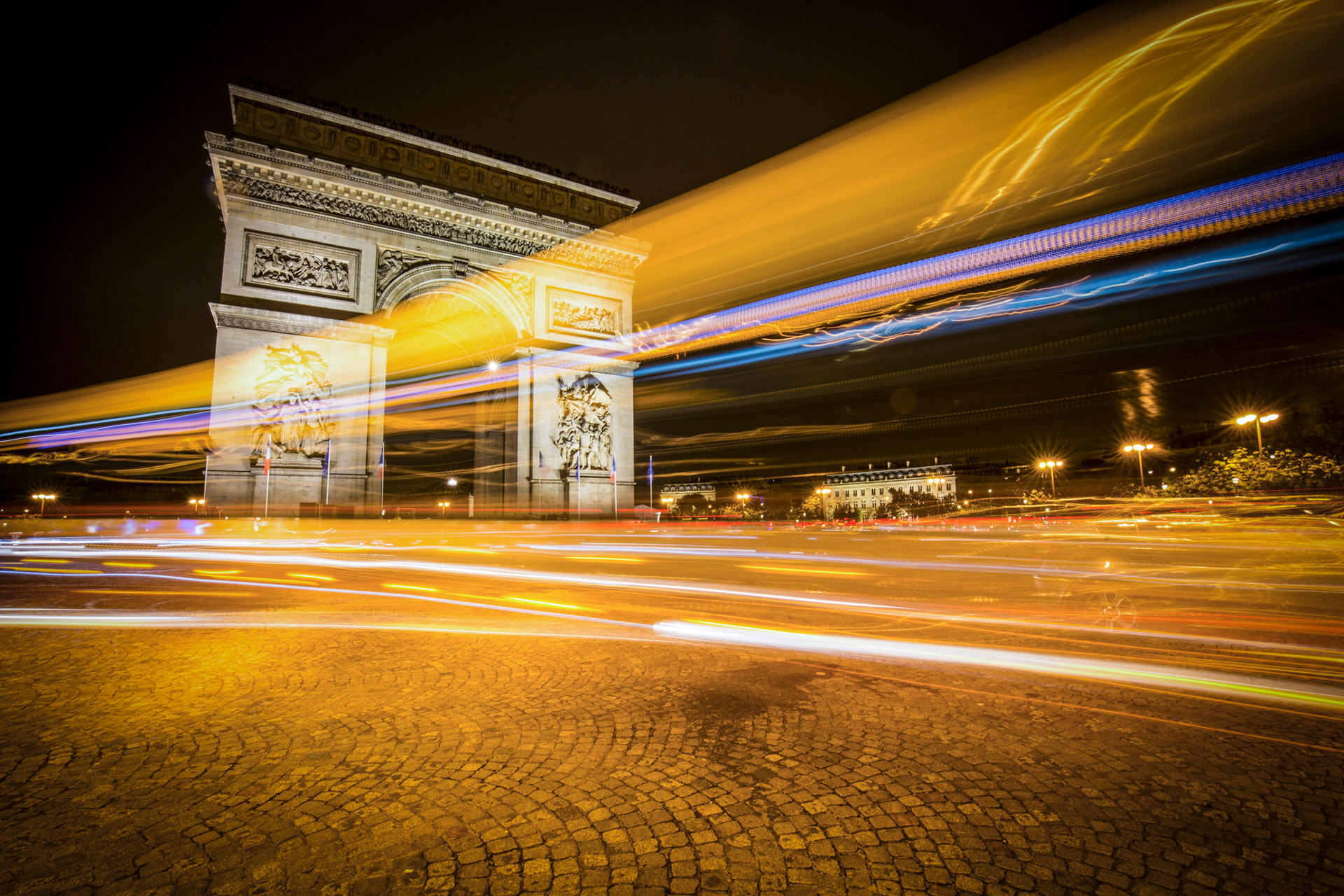