The project scope was a challenge : hide 13 cameras at the local Cinebarre movie theater, film unsuspecting moviegoers as they watch the latest James Bond flick, interrupt the show at the height of the action with an unwanted car ad, and the give everyone TiVO’s afterward because “everybody hates commercials.” We had one and a half days to prep the location with a crew of over 20 people. Although that sounded like enough time on the outset, we needed every last minute to get the set ready before the unsuspecting moviegoers came in off the street.

All in all there was about a month of pre-production. It was a tricky one. When a client asks you to shoot in a very loud and very dark place with a lot of different cameras and you can’t let anyone know you’re there- it requires quite a bit of planning. ” Ryan Ross, Buck Ross Productions

Check out a behind-the-scenes video of the shoot here:

There was a lot of gear to keep track of. Most of it was shipped in from LensRentals.com, but we also used local rental houses of MP&E and Pro Photo Rental for specialty items. Out of the 13 total cameras used, 4 of them were manned and the remaining 7 were hidden throughout the theater using every trick in the book from fake purses to behind dummy bowls of popcorn. The hidden cameras were all shot on the Sony A7s and  A7s2, and their feeds were sent via HDMI to external Atomos Shogun recorders in 4k. The final deliverable was going to be in 1080p, but we shot in 4k so we could have the opportunity to punch in if we needed to without any loss in resolution.

“We had a few obstacles to overcome.  First, we needed our cameras to be able to be on and powered for the entire length of the film since our stunt was to happen at the end.  We ended up hard wiring power to all the cameras to solve our power problem.” Jeffery Garland, Director of Photography

“All of the main cameras had Teredek Bolt 300 wireless transmitters so our director and clients could see what the cameras were capturing.  This was a live event so we only had one chance to nail the reactions and get the coverage needed for our video. ” Jeffery Garland, Director of Photography

NOCOAST’s own Tobin Voggesser was placed as a ringer, hidden within one of the front rows of the theater to capture crowd reactions using a Canon C-100 and a 24-70mm lens. DP Jeffery Garland was hidden in the exit hallway to the right on the stage behind a camera blind using another C-100 and a 70-200mm. In the shadows on the opposite exit were shooters Evan Swinehart and NOCOAST’s Jesse Borrell, shooting on the a Sony A7s, and another C100. Space was tight waiting in the blinds, but once it came to film the reaction shots the adrenaline was pumping and we got what we needed.

“The film crew was roughly 20 people strong. When you’re running 13 different cameras for a production that not only has to be hidden from the public’s eyes, but also timed perfectly with a live event you need that kind of man power to pull it off.  So our large crew was essential in rigging and testing everything beforehand, going through countless tweaks and dry runs, and ultimately staying hidden and getting the job done during the stunt itself.” Ryan Ross, Buck Ross Productions

Check out the final product and crew list below: 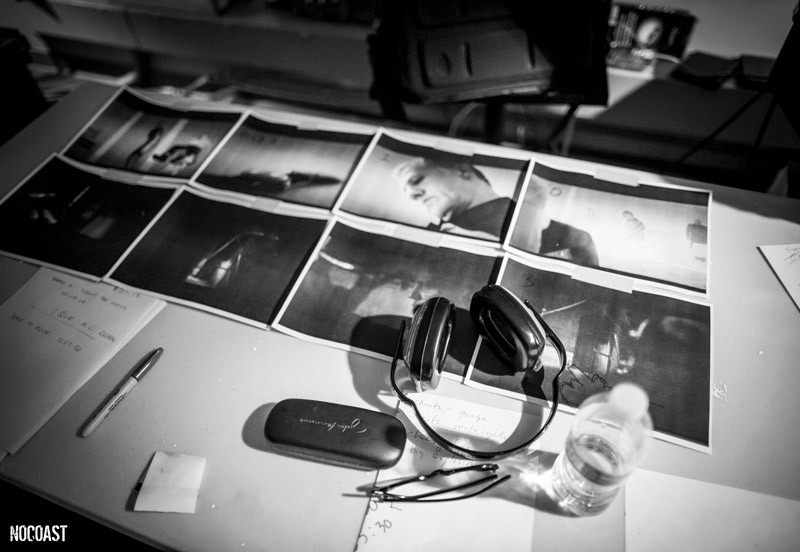